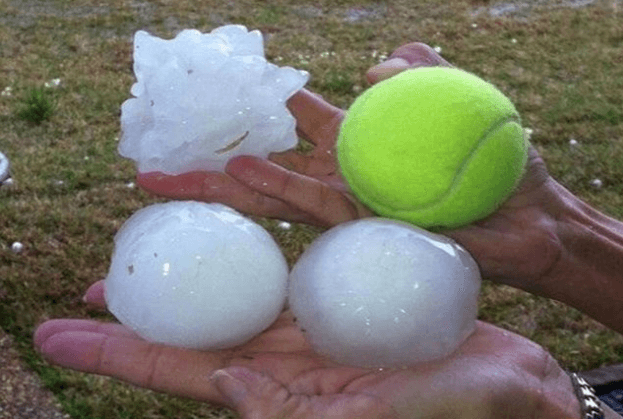 When a municipality on South Africa’s East Rand warned residents of an impending tornado, an unofficial weather service posted a correction: “BREAKING: FALSE tornado warning SMS apparently sent out by Ekurhuleni EMS. Do not distribute as it is a criminal offence under SAWS Act.”

Ekurhuleni emergency services and disaster management spokesman, William Ntladi, told Africa Check that the message was sent by a manager at one of the municipality’s customer care centres.

It was a mistake and the City of Ekurhuleni apologised for the error, Ntladi told Africa Check.

“The message was sent out before the information was verified. It’s not as if this person did this intentionally to cause panic,” he said.

Still, could the culprit be facing a criminal charge like Gauteng Weather tweeted?

The South African Weather Service is a government agency under the department of environmental affairs and the authority for weather and climate change information in South Africa.

The South African Weather Service Amendment Act of 2013 states that it is against the law to publish or distribute “in any manner whatsoever any severe weather warning” which is believed or suspected “to be false or misleading”.

The South African Weather Service’s communications manager, Hannelee Doubell, told Africa Check that “a false or misleading message may, according to the South African Weather Service Amendment Act, ‘incite public reaction which may lead to the undue mobilisation of resources, public alarm or evacuations, or economic loss arising from such actions’.”

When asked whether they would lay a complaint with the police, Doubell said: “We are looking into this at the moment”.

Africa Check asked the National Prosecuting Authority if anybody has been prosecuted for such an offence before. (Note: We will update this report when they respond.)

Doubell said the Weather Service saw the tornado warning on Twitter, “and it was brought to our attention by various Twitter and Facebook users, some of which received a similar message on SMS or WhatsApp”.